I spent one year building an arcade machine. I found myself installing and reinstalling RetroPie on my Raspberry Pi a million times to get it right for the type of work I wanted to do. Every time I needed to reinstall, I had to reconfigure the entire system by following the same steps repeatedly.

The reinstalling was mostly because of the lack of information about many setup choices you have to make if you want to get the most out of your Raspberry Pi.

The first step is burning the RetroPie image into the SD card.

From here, you have two options: installing games into the SD card (efficient when your SD card is big enough) or installing them on an external drive (most ideal for small SD cards).

If you prefer to keep games and RetroPie on the same SD card, you can avoid the section "Setting up the external USB Storage".

To install games on an external USB drive, do not plug the SD card into the Raspberry Pi.

Setting up the external USB Storage

Keeping the games (ROMs) and the saved games progresses in an external source makes it easier to experiment with RetroPie in the SD card, keeping the critical data safe in a plug-n-play source.

It's also a good option when you have a small SD card with enough space for no other thing than RetroPie.

Find more info about this in the official RetroPie documentation.

If you have an old model of Raspberry Pi or a Raspberry Pi Zero,it is recommendable to overclock your board. That way, you can run games that require more power. For example, a Raspberry Pi Model 1 and Zero can't run most of the Neo Geo or MS-DOS games, but an overclocked Pi can do it.

There are two ways to overclock a Raspberry Pi: the wrong one and the right one.

The wrong way lets you expand the core and memory as you wish, but it's dangerous to your board and voids the warranty.

Raspberry Pi provides an official way to do it right: Introducing Turbo Mode: up to 50% more performance for free.

I recommend you to do it in the right way:

Setting up an arcade controller 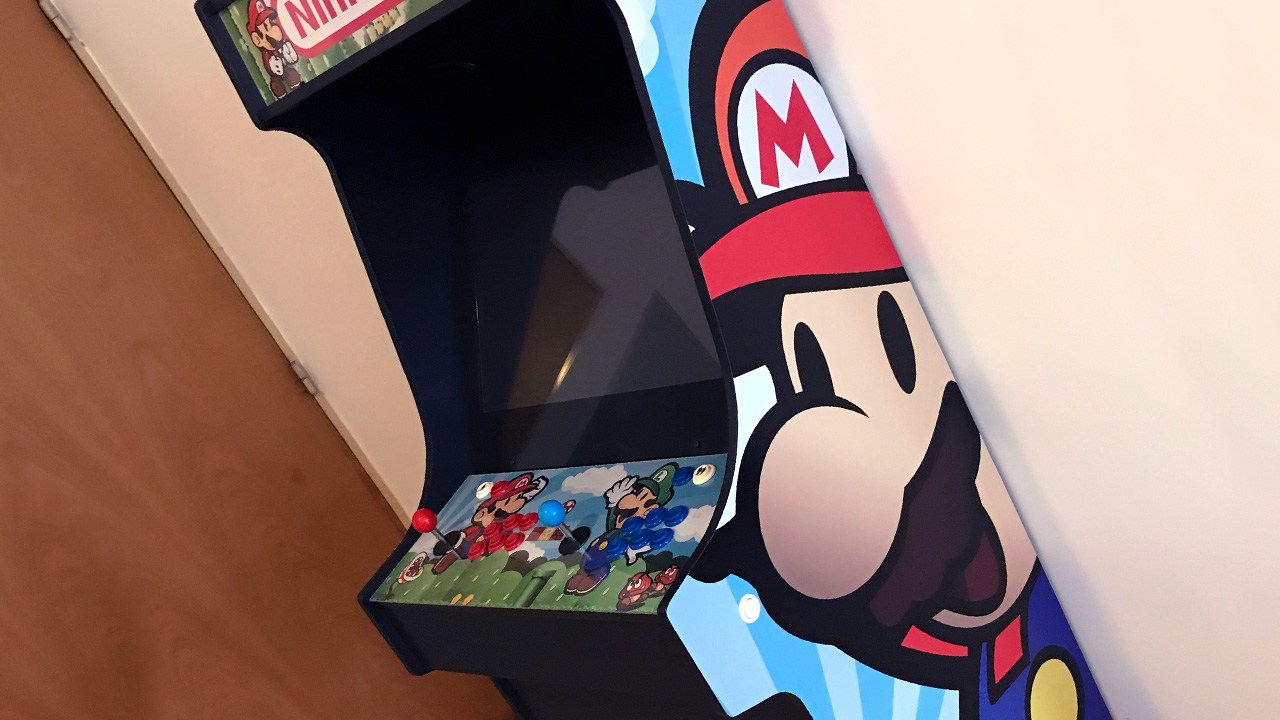 There are a few more steps to configure the controller but wait until turning on the system.

If you're using a computer monitor like me, it probably doesn't have built-in speakers. In some cases, this kind of monitor has a 3.5mm jack to output sound to external speakers. In that case, you may have to make that the HDMI takes control over the sound:

The headphone jack's sound is a lot clearer with a lot less static using that configuration.

Now turn on the Raspberry Pi

Plug the SD card and the USB drive into the Raspberry Pi and turn it on. As it is the first time to run RetroPie, it will take some time to process.

The first screen to appear is to set up the controllers:

Setting up the controllers

You can change this later and also set up different controller distributions for individual consoles and games.

To set up the controller for the second player:

That was all related to the initial setup. Now it's all about games!

If you followed the steps to install games on the SD, follow the official documentation about all the possible ways to transfer ROMs.

Now the folder /retropie-mount should have some folders inside:

All the game ROMs must go inside the folder /retropie-mount/roms.

The ROMs are now on EmulationStation. You're going to see them in the main menu of RetroPie under the console name. Repeat steps 14-17 to add more ROMs.

Following the steps above, you'll have access to the most common consoles and games. But by following a few more steps, you can go beyond that.

The Sega emulator recognizes only three buttons by default (Megadrive controller). In my case, I had installed six buttons in my arcade cabinet, so I activated all of the buttons (like a Genesis controller):

This emulator works a little differently from the other ones. Before copying ROMs, you need to:

Note: Most of the games won't work the first time, but you can change the emulator for those specific games:

Visit this complete video tutorial for more info: How to Set Up And Use NEOGEO Emulator Retropie Raspberry pi 1 2 3 and Zero.

Beyond this point, you'll need to use a keyboard.

Now MS-DOS is a console in the list of consoles. A new folder /retropie-mount/roms/pc will also be created automatically in the USB drive.

I had the worst experience trying to understand this platform. I recommend to play arcade games on Neo Geo or find a version of the games for a more common console. In case you choose to use MAME, this is what worked for me.

There are different versions of MAME that were launched in different years. So, for example, if you have the emulator for MAME 0.37b5, you must get games with the specific version 0.37b5. For some versions, the games are far more challenging to get than others. Another factor that determines which version you need is the Raspberry Pi model.

Then to copy ROMs:

The first time a game is running, it will ask for an emulator to run:

That's all far I could go. I'll update this guide as I find more and better solutions.